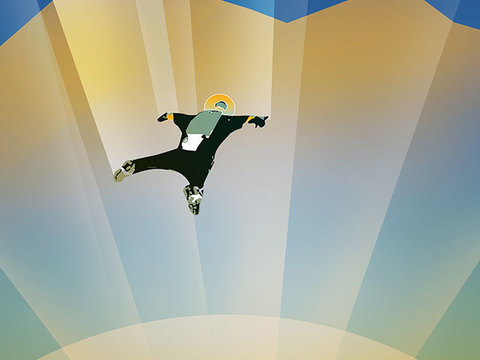 Experience the Gravity of a Super Earth 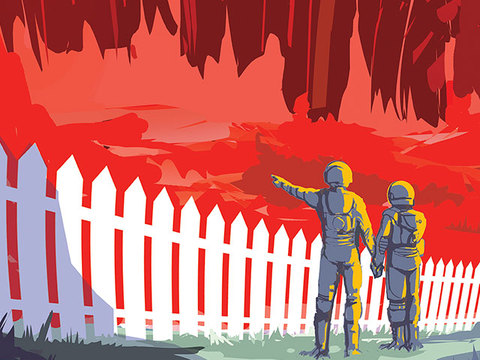 Where the Grass is Always Redder

Like Luke Skywalker's planet "Tatooine" in Star Wars, Kepler-16b orbits a pair of stars. Depicted here as a terrestrial planet, Kepler-16b might also be a gas giant like Saturn. Prospects for life on this unusual world aren't good, as it has a temperature similar to that of dry ice. But the discovery indicates that the movie's iconic double-sunset is anything but science fiction.

Spitzer Mission Manager Declares End of Mission
"Einstein's planet," formally known as Kepler-76b, is a "hot Jupiter" that orbits its star every 1.5 days. This artist's conception shows Kepler-76b orbiting its host star, which has been tidally d...

"Einstein's Planet," Kepler-76b
Close-up of the planet Fomalhaut b as imaged by the Hubble Space Telescope. Fomalhaut b was discovered in Hubble data in 2008.

HST ACS/HRC Wide View of Fomalhaut b Planet in 2004 and 2006
More than three-quarters of the planet candidates discovered by NASA's Kepler spacecraft have sizes ranging from that of Earth to that of Neptune, which is nearly four times as big as Earth. Such p...

Searching for Habitable Worlds
This artist's conception depicts the Kepler-10 star system, located about 560 light-years away.

Kepler-10 Stellar Family Portrait
This image shows the HR 8799 planets with starlight optically suppressed and data processing conducted to remove residual starlight. The star is at the center of the blackened circle in the image. ...

Planetary Family Portrait
This is an artist's concept of HD 189733b and its parent star.

Tres-2 - in Kepler Photometer First Light Image
In the three and a half years of its primary mission, NASA's Kepler spacecraft produced a mountain of data. Astronomers continue to mine it, finding new likely planets all the time - including Kepl...

Getting Closer to Another Earth: Kepler's 4500+ Planet Candidates
The two planets of Kepler-47, the first transiting circumbinary system -- a system with more than one planet orbiting a pair of stars. Kepler-47b, on the right, has three times the radius of earth ...

Kepler Planet Candidates, July 2015
Twelve Exoplanet discoveries from Kepler that are less than twice the size of Earth and reside in the habitable zone of their host star. The sizes of the exoplanets are represented by the size of e...

Habitable exomoon
An artist's illustration of Kepler-64b or PH1, a planet discovered by volunteers from the Planet Hunters citizen science project. PH1, shown in the foreground, is the first reported case of a plane...

Kepler-64b: Four Star Planet
The top graph consists of infrared data from NASA's Spitzer Space Telescope. It tells astronomers that a distant planet, called Upsilon Andromedae b, always has a giant hot spot on the side that fa...

The Light and Dark Sides of a Distant Planet
For a tidally locked planet there is no day or night, only freezing darkness on one side and burning constant sunlight on the other. The terminator zone is bathed in constant twilight and would lik...

Tidally locked planets (Earth at Twilight)
This infographic explains how NASA's Spitzer Space Telescope can be used in tandem with a telescope on the ground to measure the distances to planets discovered using the "microlensing" technique.

Infographic: Finding Planets With Microlensing
This image from the NASA/ESA Hubble Space Telescope shows a visible light view of the outer dust around the young star HD100546. The position of the newly discovered protoplanet is marked with an o...

NASA/ESA Hubble Space Telescope view of the dust disc around the young star HD 100546
This artist's concept illustrates an icy planet-forming disk around a young star called TW Hydrae, located about 175 light-years away in the Hydra, or Sea Serpent, constellation.

Misty Star in the Sea Serpent
This illustration shows one of the three newly discovered planets in the star cluster Messier 67.

Messier 67: Star Cluster
The planet GJ 1214b, shown here in an artist's conception with two hypothetical moons, orbits a "red dwarf" star 40 light-years from Earth. GJ 1214b has a radius of about 2.7 times that of Earth an...

Reborn Kepler Can Still Find Planets
Scientists were excited to discover clear skies on a relatively small planet, about the size of Neptune, using the combined power of NASA's Hubble, Spitzer and Kepler space telescopes.

A Sunny Outlook for 'Weather' on Exoplanets (Artist's Concept)