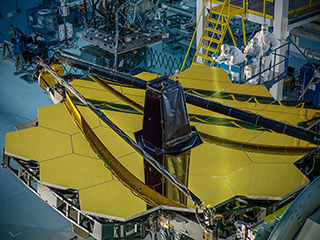 The next generation of telescopes are almost impossibly accurate 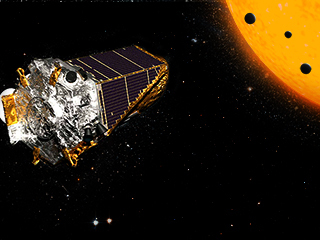 An egg-shaped world being devoured slowly by its star.

This artist's concept shows the doomed planet WASP-12b, a hot Jupiter orbiting so close to its parent star, it's being torn apart. It takes this alien world only 1.1 days to completely circle its sun. The star's gravity also pulls material off the planet into a disk around the star. In 10 million years, this alien world could be completely consumed.

Almost two times the size of our Jupiter, WASP-12b is a sizzling gas giant whose temperature is approximately 4,000 degrees Fahrenheit (2,210 degrees Celsius). Gravity causes enormous tidal forces which are stretching the planet into the shape of an egg.

WASP-12b is located roughly 1,200 light-years away in the constellation Auriga. It was discovered in March 2009 via the transit method. It is 1.8 times Jupiter's radius, and 1.4 times Jupiter's mass.

To learn more about WASP-12b, visit: WASP-12b is being cannibalized by its star. With a 1.1-day orbit, it is so close that the star’s heat is stripping the planet’s atmosphere; this material then falls into the star. In a way, the star is stealing the planet’s powers: It could be completely consumed in just 10 million more years.